The NBA offseason is always an exciting time for fans, with the hope that their team will sign a player who can help them win games. With the Nuggets looking to rebuild and acquiring some young talent, here are three players they should target in free agency next year.

The Denver Nuggets are going back to the drawing board this summer after being swept by the Phoenix Suns in the 2021 NBA Playoffs, and will be seeking to strengthen their team during 2021 NBA free agency. The Nuggets are going to do all they can to find additional assistance for Jamal Murray and Nikola Jokic now that he’s back in the lineup and completely healed.

The Nuggets will undoubtedly be back in full swing next season, with Jokic trying to capitalize on the success of his MVP season and Murray aiming to rebound after missing the whole 2021 NBA Playoffs due to a ruptured ACL. After that, let’s look at the three best players the Nuggets must sign in NBA free agency in 2021.

Bobby Portis has declined his player option and will enter free agency in the summer of 2021, despite playing a key part in Milwaukee’s championship drive this season. With Paul Millsap poised to become a free agency and Denver unlikely to re-sign him, the team will need to find a power forward to fill the gap. With his rebounding, reliable 3-point shooting, and tough defensive presence, Portis would be an intriguing addition to the Nuggets.

He’d be a fantastic fit at small forward or power forward for the Nuggets, as he’d be able to relieve either Michael Porter Jr. or Aaron Gordon. If the Nuggets want to assist Jokic and Murray this summer, bringing in a dependable hustle player with a championship history like Portis would be a fantastic place to start and give them another enforcer to complement Jokic and Gordon.

Portis has decided to remain with the Bucks, which is unfortunate for the Nuggets.

Andre Iguodala, who previously played for Denver from 2012 to 2013, would be delighted to return. Now that Iggy and the Heat are poised to part ways at the start of free agency, there’s little doubt he’ll look for another opportunity to contend for an NBA championship before he retires. He’d have the ideal chance to do so with the Nuggets, since he’d be a key component of a team that’s on the rise and has a lot of championship potential.

Iguodala, a former NBA All-Star and Finals MVP, has shown that he can win it all as a starter and a reserve during his long career. He would be able to offer experienced leadership, a strong locker room presence, and mentoring to this young Nuggets squad.

Iguodala brings a winning mindset and an all-out hustler to his squad, with his championship history and excellent two-way performance at prior locations. Andre Iguodala might be the man for the Nuggets if they’re searching for a seasoned leader who can deliver in crunch time.

Evan Fournier is number one.

With Evan Fournier and the Boston Celtics still unable to reach an agreement on a new contract, the Nuggets may be an attractive free agency destination for him if he chooses to depart after just half a season in Boston. With the recovery dates for both Murray and Will Barton still unknown, Fournier would be a welcome addition to the Nuggets’ backcourt. Fournier, a combination guard with excellent defensive skills, may be a valuable asset for the Nuggets in their playoff quest next season.

The Nuggets would have a terrific inside-out combination with his and Jokic’s offensive skill sets to tide them over until Murray and Barton return to the starting lineup. If the Nuggets make a surprising trade this summer, adding Evan Fournier to their already-strengthening squad may be a game-changer that pushes them to the NBA Finals in 2022.

Who will the Nuggets get in free agency?

Denver Nuggets will likely sign a big name free agent, but it is unclear who they will be.

The following players are free agents in the NBA 2021: 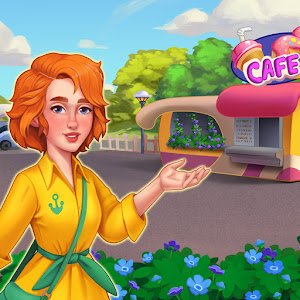